I stumbled upon this tool by Jonas Pelzer, after encountering the Planet Ujou website. This is exactly the kind of writing tool that I like to collect in href.cool’s Web/Participate category. A simple way to create HTML that you can then slap up to Neocities or 1mb.site.

I think it’s really cool that this is such a small, limited (but focused) tool - it can be polished to near perfection because it is so narrow in its function. I wish there were more little websites like this. It makes me wonder if a directory-building or link list tool could be made along these lines. Or perhaps there already is one! Now - how to find it…

We Should Have Bought the DVDs by Veronica Walsingham
Monday January 20th, 2020 at 9:18 AM

It’s 2022. I don’t know if I’ll ever own a house, but I can own my favorite television shows in their entirety. 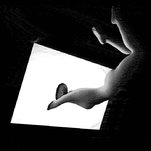 Wilshu
reply
Yeah he will never own a home, you know why? BECAUSE HE'S SUBSCRIBED 11 FKIN SERVICES.
Vote with your wallet

MotherHydra
reply
Imagine subscribing to 11(!) different streaming services. Who has the time to pull value from all of that?
Space City, USA

Why We Ended Legacy Admissions at Johns Hopkins by Ronald J. Daniels
Saturday January 18th, 2020 at 11:17 AM

When I served as the dean of the Faculty of Law at the University of Toronto—Canada’s most selective law school—I would be asked every so often by one of our alumni what preference their children would enjoy when applying. The answer I gave was always the same: none whatsoever. When I became president of John Hopkins University 10 years ago, I found that one in eight newly admitted students benefitted from preferences given to relatives of alumni. Today, it’s important that I’m able to give the same answer to Hopkins alumni that I once gave in Toronto.

Legacy preferences—the admissions advantage given to family of alumni—are generally alien to Canadian (and, indeed, European) universities. And I never became reconciled to the prevalence of this form of hereditary privilege in American higher education, particularly given this country’s deeply ingrained commitment to the ideals of merit and equal opportunity.

In the intensely competitive process of admission to America’s selective universities, the advantage afforded legacy students is no small matter. One study that looked at admissions to elite colleges in 1997 estimated that legacy status afforded applicants an admissions boost equivalent to an added 160 points on the SAT. Another study, which looked at admissions to 30 highly selective institutions in 2007, concluded that legacy applicants were more than three times as likely to be admitted as their non-legacy peers. Because legacy students at these schools are more likely to be wealthy and white than non-legacy students, the very existence of legacy preferences limits access for high-achieving low- and middle-income students, and also for African American, Latino, and Native American students.

Over the past two centuries, higher education has served as America’s most potent engine of social mobility. The creation of public university systems and community colleges, visionary legislation such as the GI Bill and the Higher Education Act, and universities’ own investment in financial aid have given students from all socioeconomic backgrounds greater access to higher education and the opportunities it confers. Today, according to the economist Raj Chetty and his colleagues, a child without a college degree from a family in the lowest income quintile has only a 5 percent chance of moving to the highest quintile. But if that child graduates from one of America’s most selective universities, the odds of making that leap rise to 60 percent.

Liberal democratic societies make a compact with their citizens that anyone with enough grit and talent can move beyond the confines of the class into which they were born and live a better life than their parents. As we well know, Americans are increasingly cynical about that promise, believing that democratic institutions are stacked against them. As American higher education has become more stratified, with the wealthiest students concentrated at the most selective institutions, the unabashed commitment to legacy preferences cannot help but lend credence to that belief.

It doesn’t have to be this way. Extraordinary institutions such as MIT and Cal Tech have never entertained legacy preferences, and the University of California system did away with them in the 1990s. In 2014, Johns Hopkins joined their ranks. We made this change with little fanfare, so we could watch its impact and ensure that our approach was sustainable.

Admittedly, the decision to do away with legacy preferences was not easy. Defenders often argue that legacy preferences are a powerful tool to strengthen multigenerational bonds within a university community. Institutions like Hopkins rely on a robust network of dedicated alumni for counsel, outreach, and support. We take sincere pride in the fact that so many of our graduates feel such a strong connection to their alma mater that, years later, they urge their own children to apply. All our applications are subject to a holistic assessment, and many of these young people are exceptional applicants.

But maintaining the long-standing tradition of affording such students a routine admissions advantage based solely on their parentage had come at a high cost. It was impairing our ability to educate qualified and promising students from all backgrounds and to help launch them up the social ladder.

The year I arrived, Hopkins had more legacy students in its freshman class (12.5 percent) than students who were eligible for Pell Grants (9 percent). Now those numbers are reversed—3.5 percent of students in this year’s freshman class have a legacy connection to the university, and 19.1 percent are Pell-eligible—and we expect that the number of Pell-eligible students will continue to rise in the coming years.

Ending legacy preferences is but one piece of our university’s work to make a Johns Hopkins education accessible to all talented students, to mitigate the burdens of debt, and to ensure that students receive the supports and services that will help them thrive. These efforts are not a panacea for the structural inequities that plague our society. But they are necessary if American universities are truly to fulfill their democratic promise to be ladders of mobility for all.

1 Comment
Bagels and mini bagels from Bagel Hole in Park Slope, Brooklyn, which Mayor Bill de Blasio said had the best bagels in the city. 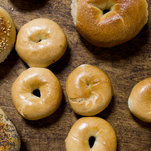 cjmcnamara
reply
no the rule is toast it after noon!!

When Mehdi Farsi decided to shift production of State Bicycle Co's niche fixed-gear urban bikes out of China to escape U.S. tariffs, it took months to find another factory in Asia willing to do business with his Arizona company.

Slayter, Striker, Shooter and the Rise of the Extreme Baby Boy Name by emjaybee
Friday January 10th, 2020 at 2:00 PM

1 Comment
It's not just Carter and Cooper anymore. Article based on a namerology.com post explores the explosion in "doer" names for boys.