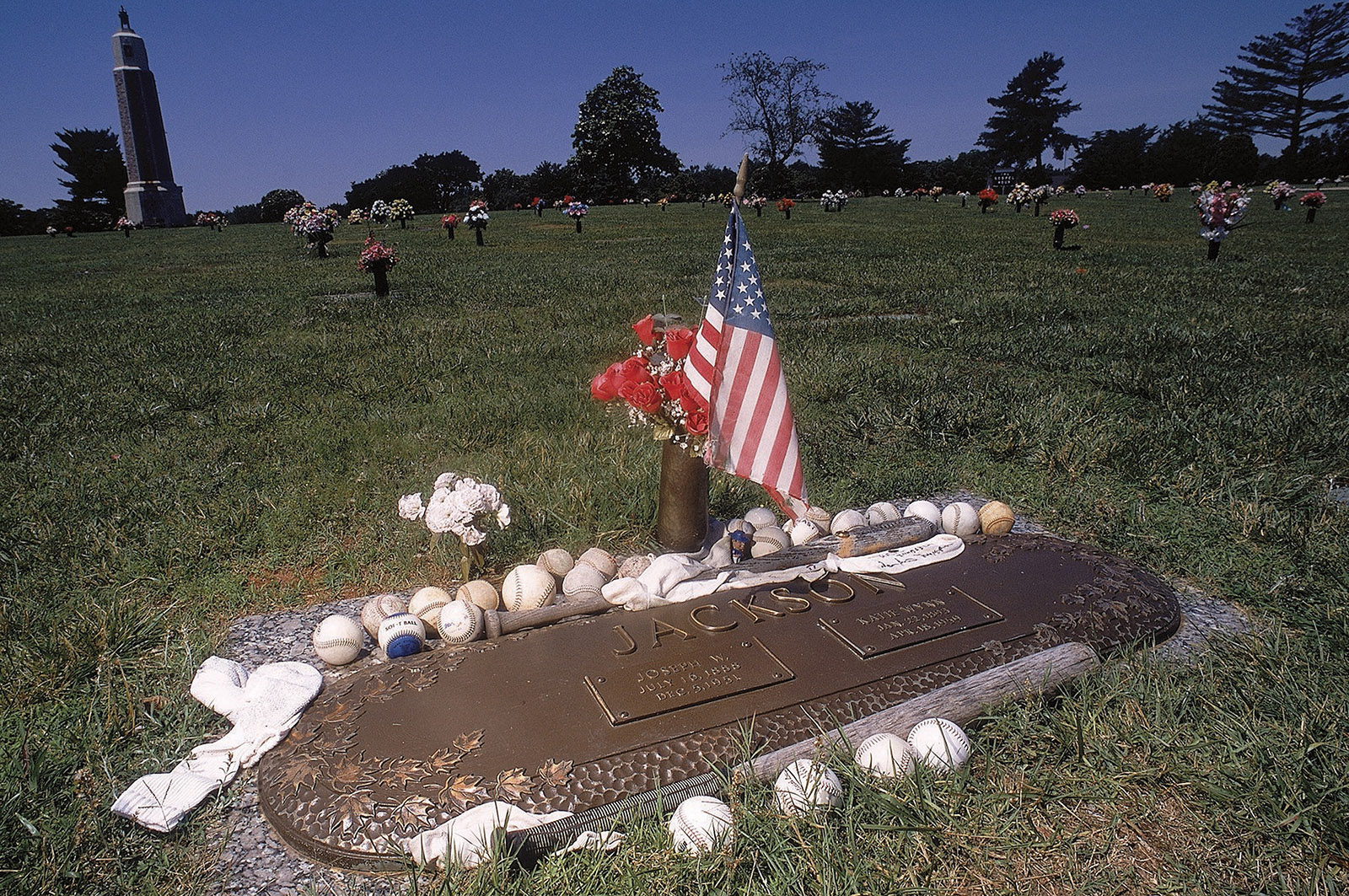 Baseball faces a moment of truth unlike any it has known in a century. Until and unless Commissioner Manfred lifts his ludicrous immunity offer and deals severely with the incriminated participating players as well as their management by banishing them all from the game, he will have thrown baseball back to where it was in 1919. If he continues feebly to accede to the corruption of baseball, Commissioner Manfred should himself be forced to wander in the eternal purgatory of the field of dreams inhabited by the Black Sox. What would Judge Kenesaw Mountain Landis rule? You’re out!

The New York Review of Books 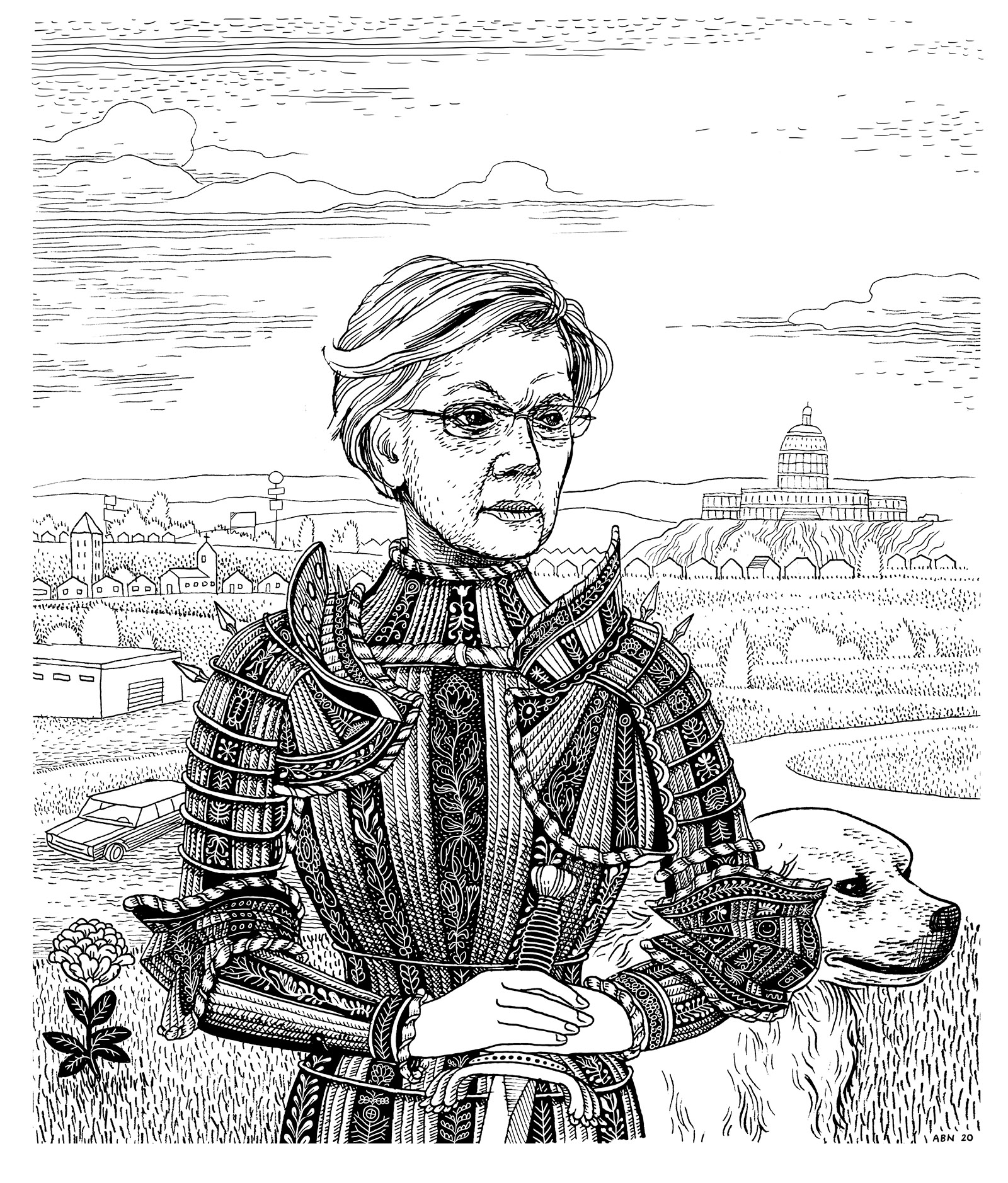 Since Elizabeth Warren’s formal announcement of her candidacy on February 19, 2019, the narrative about her has had little to do with her actual qualifications. From initially low poll numbers, she rode a brief upswing in October to the top of some national polls, immediately drawing a backlash, in part over concerns that her Medicare for All plan was too far to the left. After the debate on January 14, 2020, when Bernie Sanders denied having told her, at a private meeting in 2018, that he did not believe a woman could be elected, it was clear that the issue of “electability” swamped all else. To anybody paying attention, however, that issue has been central since the beginning.

When I first discovered this link, it seemed that the music became more and more unlistenable as I scrolled down the page. Now that I’ve had time to listen to CTEBCM further, there is actually quite a bit of tame music here that is just strangely genred. Such as ‘the loser’, a solo opera based on the wonderful Thomas Bernhard novel of the same name which feels reminiscent of the meandering ‘Shia LeBeouf’ storysong. Or the sometimes-metal, sometimes-harpsichord of Spine Reader’s ‘Recorded Instruments’.

But there’s ‘Experiments in Bluetooth Technology’ by Car Made of Glass. Call it music?

Can’t say how much of this will stick, but what a ballpit of music to jump into!

Wish I had time to do everything in the world. But maybe it doesn’t matter. I’d still just spend all the time walking these same dank corners of the hypertext kingdom…

Musing about law, books, and politics

I’ve been informed by numerous people that it’s time for us all to panic:

I’ve also been informed that I don’t know what I’m talking about because I have never lived under a dictatorship.

(1) My husband’s family experienced the Pinochet dictatorship, so I have first hand accounts.

Panic didn’t get the Chileans out from under Pinochet. The Pinochet dictatorship ended when enough people who were opposed to him came together to oust him. Pinochet used violence and terror, but his oust happened because of people coming together.

I entirely fail to understand what good comes from putting our hair on fire. Will we think better with our hair on fire? Will we be better able to plan and mount an effective defense? Or will we simply play into the hands of the enemies of democracy?

A little bit of agitation is good. It motivates us to action. It stimulates voter turnout. Too much is paralyzing. And pointless.

The reason I recently warned you all to expect lots more Crisis and Spectacle between now and November is precisely so, when it happens, you don’t all go set your hair on fire.

I find the sudden rise of panic fascinating given the timing. Why panic now, when we’re nine months from an election?

I do understand the urge to panic. Democracy is under attack.

The antidote is more democracy . . .

. . or what Barack Obama calls “citizenship”:

Our democratic institutions are being battered and damaged.

The antidote is to strengthen the institutions.

Need ideas on how to do that? Here are a few:

#1: Make sure you’re registered to vote. Lots of people are being purged from lists. Check to see if you are registered here. Deadlines for each state are here.

#2: Double and triple check any information you are given. There a lot of people out there trying to confuse people in order to suppress votes.

#3: Want to really make a difference? Don’t just march, run for something. Run for Something recruits and supports young progressives running for local office with the long-term goal of building a bench for decades to come. Learn more about them here.

If you’re in California, Close the Gap California is working to get women elected.

#4: If you can’t run for office you can volunteer to help Run for Something, including screening candidates Learn more here.

#5: Get involved with your local election. Elections are held and monitored locally. Start by contacting your local election board. In some states, you can become an official volunteer voter registrar. James tells how he did it in Maryland.

Here is James being a good citizen on a Saturday:

The fact that elections are held and monitored locally explains why good people need to run for office. Be the official making the decision about how the election will be conducted.

Isn’t that better than complaining that you don’t like the process? We are the people. Don’t like how things are done? Run for office and change it. (I understand this is the long-term solution; the short term solution is to vote in large numbers)

#6: Check out Fair Fight, the organization Stacy Abrams started for free and fair elections. Their website is here. Find out how you can help.

Recall: Stacy Abrams would have been Governor of Georgia if not for the cheating. Is she panicking and fear mongering? Noooo. She got to work.

#7: Protect the Vote. If you’re a lawyer, volunteer with a protect the vote organization (usually through the Democratic party).

They always need lawyers. So far I’ve helped monitor elections in two states, and I’ve done legal work in a third. It’s eye opening, and gives perspective. I can tell you that elections are messy. But then, democracy is messy. That’s why people don’t like it. Dictatorship, by comparison, is efficient. One person makes the decisions. No need to bicker and compromise and work out differences.

#8: If you’re a teacher, consider an assignment requiring students to advocate on behalf of an issue of their choice, or allow / encourage them to substitute an assignment with a civic engagement activity of some kind.

#9: Help People Become Citizens and support low-cost immigration services by volunteering at organization such as CUNYCitizenship, or organizations that tutor English and civics for the naturalization test.

#10: On election day, you can drive people to the polls to help increase turnout. Here’s one place to start.

#11: Want to find the right group to join? Click here.

#12: Volunteer in your local Democratic office. Even if you’re a conservative, 2020 is the year you have to vote Democratic. (Even if you don’t love the candidate) The GOP needs to learn a lesson. If you find that your local office is a bit disorganized, help them get organized.

#13: Organize your community. One reason the Tea Party was so effective was that they organized locally and put pressure on local representatives.

Bringing people together in an inclusive way is the antidote to “us v. them” politics.

#14: Tell your representatives your views. The Democratic Coalition keeps a list and easy instruction here.

#15: Americans of Conscience has ideas for letters you can write to elected officials:

#16: A great way to get involved and donate from your own home is to write postcards to voters. More on that here.

#17: Subscribe to local newspapers, and national journals that do good investigative reporting.

#18: Donate to organizations like Raices or the ACLU, or Democratic candidates.

#19: Make your views known, but try not to increase the polarization.

Volunteering not only saves democracy, it can save your sanity. It’s a good way to lift yourself out of the exhausting news cycle without guilt (because you’ll know you’re pushing back in tangible ways) and you’ll connect with like-minded people.

Multiply this by thousands, then millions, and we make the world safe for our children.

The cure for what ails us is more democracy.

The post The Cure for what Ails Us appeared first on Musing about law, books, and politics.

cjmcnamara
reply
also votefwd.org which is my new favorite org of this kind

swcope
I can’t stress #3 enough. I am a member of my town Board of Commissioners. This past November, we had 6 people running for 5 open seats.

Bob Parlocha was a jazz radio institution. He began spinning disks over four decades ago. This program fillled the late night airwaves in many cities across the USA. Jazz with Bob Parlocha continued that KJAZ feeling for twenty years until Bob's death in 2015. You can stream hundreds of hours of JWBP on the internet.